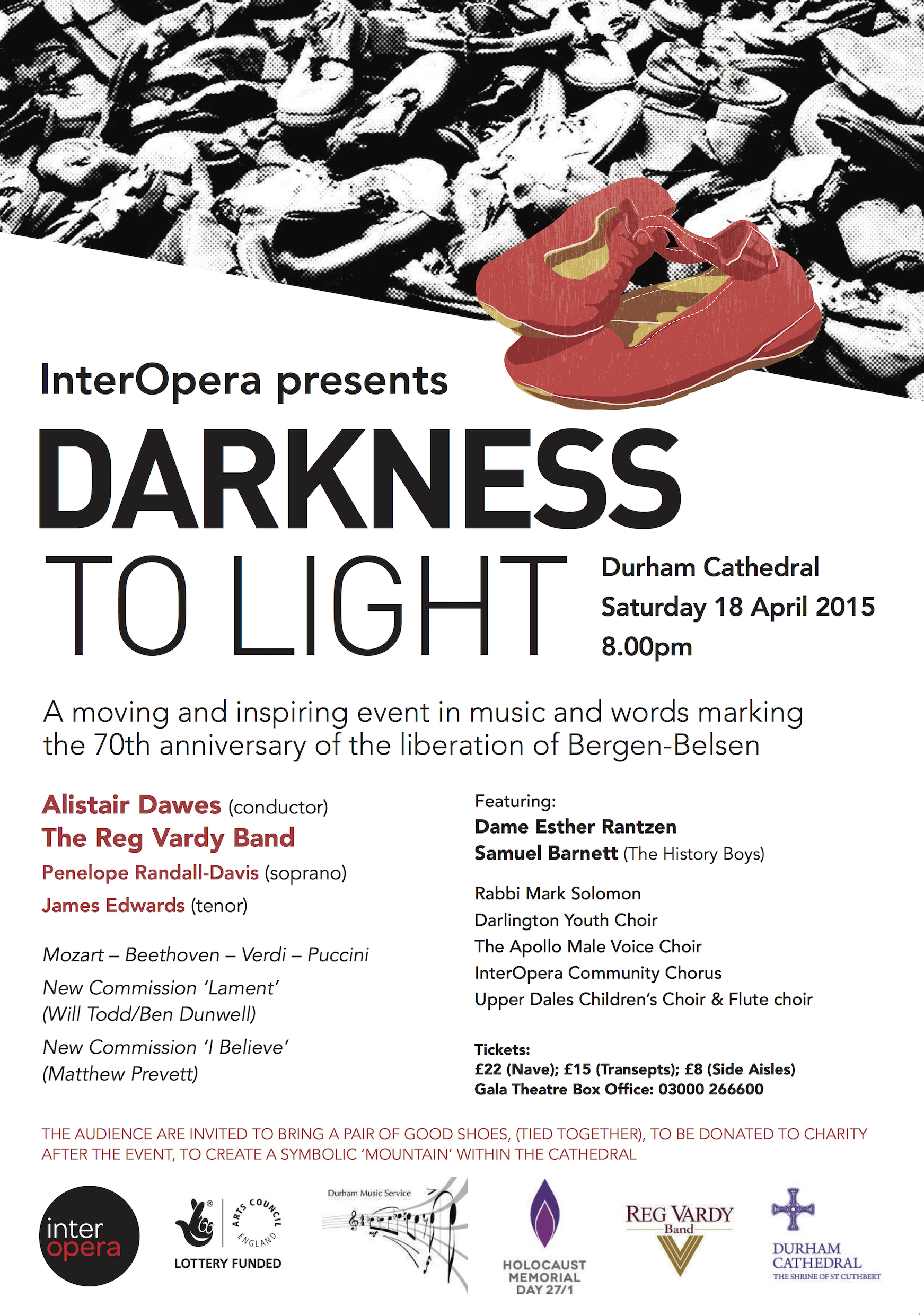 Hope we get to do something as ambitious again!

On April 15th 1945, the DLI (Durham Light Infantry) formed a part of the forces which liberated Bergen-Belsen. The theme of this commemorative event was 'Shoes'.

The cast, headed by the well-loved TV personality Dame Esther Rantzen actor Kevin Whately (Auf Wiedersehen Pet, Morse and Lewis) and voice over artist Emma Hignett read poetry and also eye-witness accounts from those who entered the camps on the day of Liberation. Lilian Black read her father Eugene's eye witness testimony of being liberated from Bergen Belsen. Read the Northern Echo article. Download the programme.

Listen to two short pieces about the event broadcast on Premier Christian Radio on 16th April.

A new commission Lament (music Will Todd, words Ben Dunwell) written especially for Darkness to Light, formed a moving climax to the evening.

The abiding theme was that hope and love will triumph through the strength of the human spirit.

Members of the audience were invited to bring a pair of good shoes to build our 'mountain' of shoes which was donated to charity.

InterOpera are proud to present on CD the live recording of Darkness to Light. This specially-produced set of 2 CDs records all the music, readings and commissions heard on that very special occasion, marking the 70th Anniversary of the Liberation of Bergen-Belsen.
The InterOpera team have worked voluntarily to produce this recording especially for those who played a part in making this such an outstanding evening, whether a backstage volunteer at the performance or one of our extra-special cast.
The quality is exceptional and all proceeds will go directly to the work of the charity.
This limited edition set is available at only £10 + £2 postage and packing.
Download the order form.